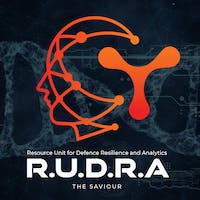 The Chakravyūha or Padmavyūha, is a multi-tier defensive formation that looks like a blooming lotus (padma, पद्म) or disc (chakra, चक्र) when viewed from above. The warriors at each interleaving position would be in an increasingly tough position to fight.

It is detailed in the epic work 'Mahabharata' from India. This blog is called Chakravyuh because it is about the battlefield, albeit of a different kind. Swords and missiles have bowed out to code and packets - in this war there everyone is a victim, anyone can be the enemy. Military science never wrote a playbook for fighting ghosts, however now it's probably a good time to write one.

Digital networks, and the internet in particular are a spectacular ecosystem. The strange part is that the surface looks calm, like an autumn lake at night reflecting the clear skies. However if you even so much as take a peek beneath the surface you'd see a very different picture. Every second billions of binary bullets are ripping through the ether of cyberspace with the sole purpose of malice. Sharks in a feeding frenzy tearing up prey round the clock. Hacks are getting more frequent, the stakes are higher, and cyber defense is a very hard game to play. With the right awareness, I believe that we can make the internet a safer place. I am a security professional, and even more so - a tech enthusiast who loves taking everything to pieces just to learn how it works by putting it back together. It's not the easiest way to learn, but through the course of time I have learned a thing or two which I would like to share. The purpose of this blog is to reach out to the tech community and talk about some of these things I've learned.

What you're going to find

Out here you'll find real practical solutions to problems that you would face, or probably are already facing, but don't already know it. I'm going to be writing for all levels of technical expertise, from the basics to topics that are fairly advanced (for me). If a hacker, a philosopher and a dreamer collectively spawned offspring, this blog would be it. You'll get tips on how to make stuff more secure, efficient, faster and overall better.

Who is this stuff for...

The tech community. Developers, builders - people creating apps, setting up servers and maintaining technology professionally, or otherwise. Your awareness and skills are key to keeping the planet a safe place!